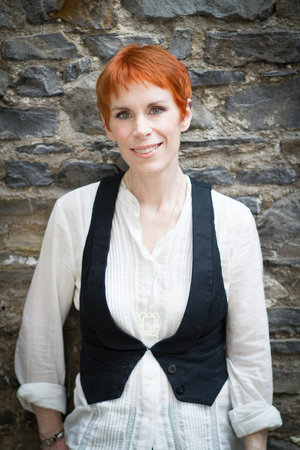 Tana French is the author of In the Woods, The Likeness, Faithful Place, Broken Harbor, The Secret Place, The Trespasser and The Witch Elm. Her books have won awards including the Edgar, Anthony, Macavity, and Barry awards, the Los Angeles Times Award for Best Mystery/Thriller, and the Irish Book Award for Crime Fiction. She lives in Dublin with her family. 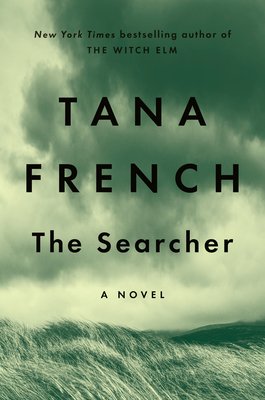 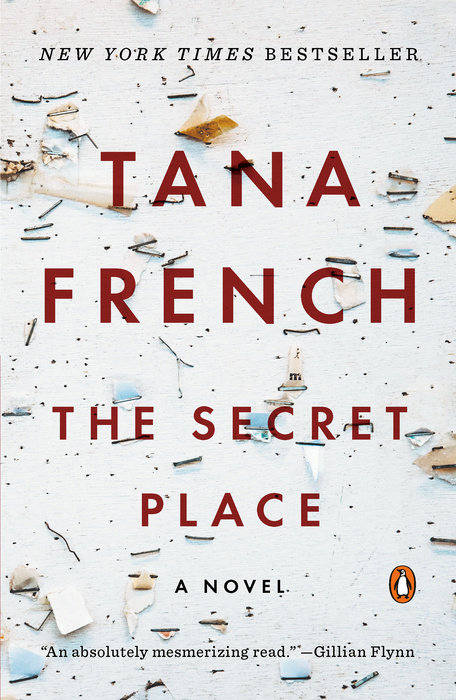 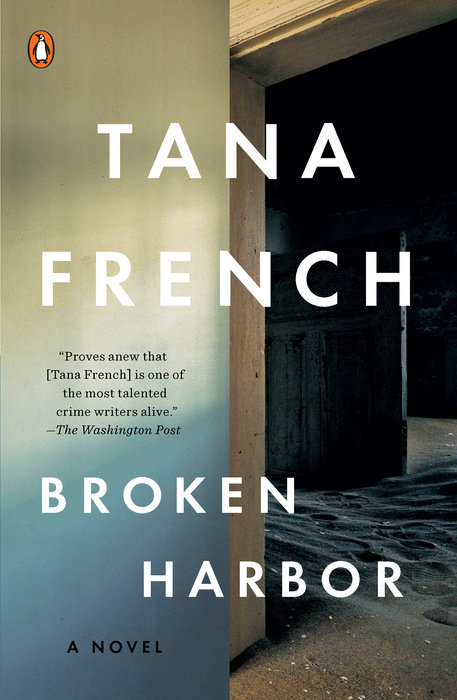 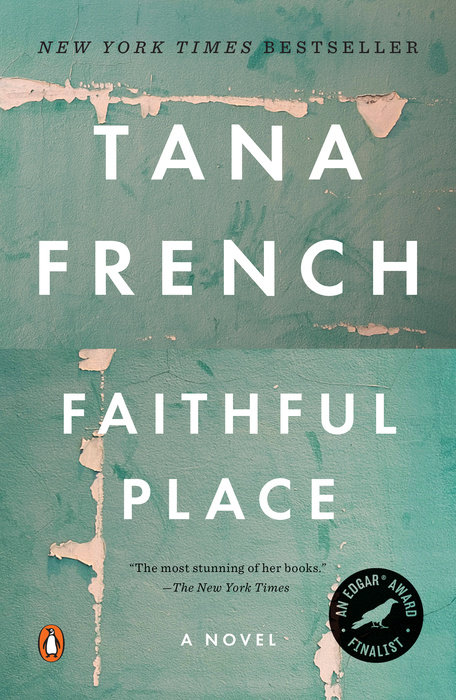 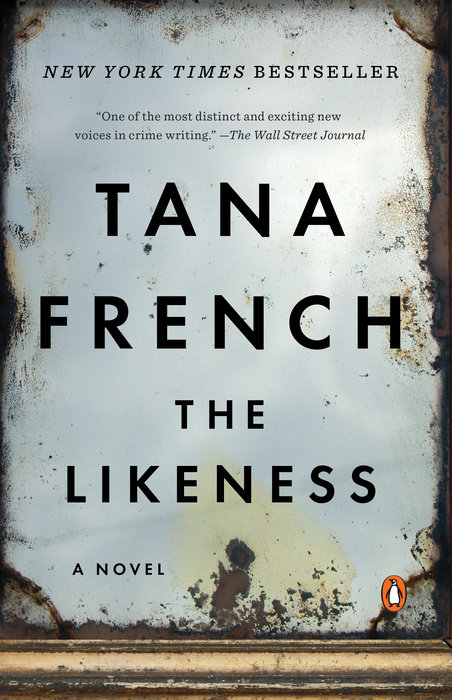 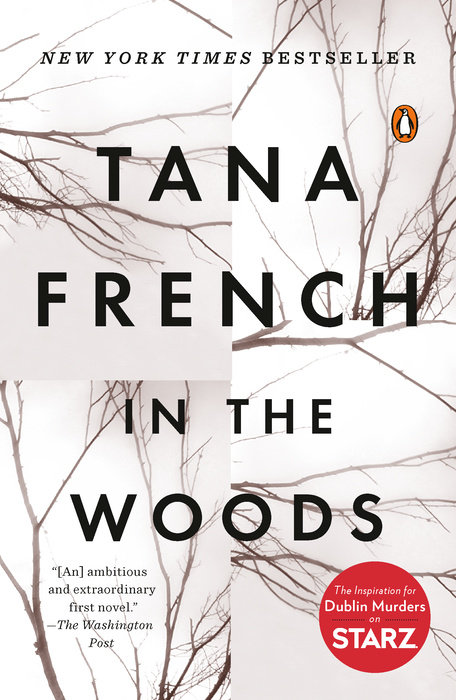 How has your background in theater helped you create your characters?

When you get right down to it, writing – or at least writing in the first person, which is what I do – is basically the same skill as acting. For years, my job as an actor was to create a character – hopefully a full, three-dimensional character – and spend hours a day operating completely from her perspective, bringing an audience into her world. Writing is just an extension of that process. These days, my job is to create a narrator and see everything through her eyes, filter it through her perceptions and describe it in her voice, so I can draw readers into her world. I play my narrator on paper, rather than on stage, but the mental process is the same. Writing scenes with a lot of characters gets complicated – I have to 'play' all of them at once, juggle all their perspectives and motivations in my head – but it's still that same skill. I keep meaning to e-mail my old acting teacher and thank him!

Are any of the characters in The Likeness based on anyone you know?

No, I don't base characters on real people. As soon as you do that, you're limited by what you know about the real person, what he or she would actually do or say. The character's no longer free to develop in tandem with the needs of the plot, the themes or the other characters, so he or she comes across as out of place and, weirdly, more artificial than a made-up character would. I do steal little tiny snippets – an odd turn of phrase here, a quirky gesture there – but only from people I don't know, people I pass on the street or sit next to on the bus. For me, anyway, creating characters from scratch makes for a more cohesive book.

How much of Cassie is based on you?

Cassie is someone I'd love to know, but she's definitely not me. I think you can tell a lot about people from their choice of careers, for example, and Cassie's a murder detective: she's chosen a career that involves being very practical, very down-to-earth, very focused, and she's good at it. Me, on the other hand, I chose a career that basically involves huge amounts of daydreaming. (There are days when I want to go find the teachers who hassled me for daydreaming in school and tell them, 'Look! Daydreaming turned out to be my main life skill!') She deals in high-stakes reality; I make stuff up for a living. She has to come face to face, without flinching, with the worst evils our society has to offer; me, there are days when I can barely stand watching the news.

How did you get the idea to have Cassie and Lexie be identical in appearance?

To give a sensible answer to that, I'd have to back-engineer the whole process. Probably, in retrospect, it has something to do with the fact that The Likeness is linked to In The Woods and spins around some of the same themes – identity, the things that threaten or define identity, the moments when we have to choose to accept or reject something that transforms our perception of reality... Probably it also has to do with the fact that those issues were built into Cassie's character in In The Woods – with the references to her previous undercover career and her lack of family, for example – so when I started to think abut giving her a book of her own, it was inevitable that identity and disguise would play a major role. In practice, though, I'm nowhere near organised enough to think all that stuff out. At the time, basically, I was batting a wild variety of mental images around in my head to see if one would stick, and I just really liked the image of a detective showing up at a murder scene and seeing that the victim's face was identical to her own.

How did your knowledge of archeology and experiences at digs help you as a mystery writer?

When I was a kid, I wanted to be an archaeologist and discover Troy, till I found out someone else had already done that. I've worked on a couple of digs, though, and loved every second of it. I actually found the sixteenth-century coin that shows up in In The Woods.

This is going to sound weird, but the archaeologist's job is an awful lot like the detective's. Both of them are presented with a final result – a dead body, a set of walls – and they have to work painstakingly backwards, connecting up every piece of evidence and keeping a sharp eye out for any links or contradictions, to figure out how that result got there. The main difference is that archaeologists can afford to be open to the possibility that they don't have all the evidence at their disposal, so their theories might change in the future, while the detective needs to build a theory that he can prove beyond a reasonable doubt; he only gets one shot.

How did you become so expert on police procedures?

I was lucky enough to have the help of an amazing detective on the Irish police force. He's spent hours talking to me, he's answered an incredible variety of weird questions, and he's responsible for basically everything in the books that's police-related and accurate.

I do take massive liberties, where the story requires it. To take the most obvious example, there's no Murder squad in Ireland any more – but a small, tight, elite squad creates an intense atmosphere that a big cooperative force doesn't have, so I added one in. To take another example, actual detectives spend a huge percentage of their time doing paperwork – but, since that's just as boring in fiction as it is in real life, I skip happily over it and let my detectives spend all their time doing interesting stuff. Apart from those necessary liberties, though, I try to be as accurate as possible.

Which authors do you admire and how did they influence you?

When I think about it, the book that had the biggest impact was probably Kenneth Grahame's The Wind in the Willows. My father read it to me when I was six, and I can still remember being dazzled by the sheer beauty of the language – the description of a river as 'that sleek, sinuous, full-bodied animal'. I think if you're introduced to a book like that at an impressionable age, you can't help falling in love with words.

When it comes to crime writing, the authors I'm in awe of are the ones who push the boundaries of the genre. One of the things I love about crime writing is that the parameters are so clearly defined: someone gets killed, someone else finds out who did it.

My favourite detective writers are the ones who use those parameters not as a foregone conclusion but as a starting point, the ones who experiment with them. In Donna Tartt's The Secret History, for example, you find out on the first page who killed whom, and yet it's one of the most breathtakingly suspenseful murder mysteries I've ever read. Josephine Tey's The Franchise Affair is a deeply scary portrait of the damage a psychopath can inflict, but you know who the villain is from very early on, and the most serious crime in the book is wasting police time. Dennis Lehane's Mystic River is part mystery, part social history, part family saga, and all the more powerful for blurring those boundaries.

I think all of those writers have influenced me – maybe not in direct ways, but in their willingness to bend the formulae and walk those fine lines at the edge of the conventions. These books are set on the jagged edge where conventions meet reality – a reality in which people are flawed and complicated, and the search for answers doesn't always have a happy ending. They're not as comforting as the tidier, more unequivocal books in which good triumphs and evil is punished, but they're the ones that stay in my mind.

What advice would you give to a first novelist?

Read good things. I think writing a book is almost like running a marathon: you need the best nourishment you can get. The more you expose yourself to first-rate writing, the more you develop your instincts, and the more you'll push yourself towards that high standard. When I'm writing, I read the best stuff I can find. It doesn't matter what genre it is – thriller, literary fiction, chick lit, anything – as long as it's first-rate.

And don't be scared of doing it wrong. One of the joys of writing is that we're allowed to get it wrong as many times as we need to, and no harm done. You can rewrite that section a dozen times, and then scrap the whole thing and start again, if that's what you need to do to get it right. This is especially true for first-time writers: there are no deadlines and no pressure, so you can afford to take all the time and all the drafts you need.

What can we look forward to in your next novel?

I want to keep writing about the same general clump of main characters for a while. In The Likeness, there's a character called Frank Mackey, who's Cassie's boss when she works undercover. He's very good at his job, very ruthless and very morally ambiguous, the kind of guy who sees everything as potential ammunition, and he's the narrator of Book 3. He hasn't spoken to his family in more than twenty years, since the day his first love dumped him and (supposedly) emigrated to England – but then her suitcase shows up behind the fireplace of a derelict house on his old street...

I haven't ruled out coming back to Cassie, though, or to Rob Ryan from In The Woods. I'm not done with either of them yet!