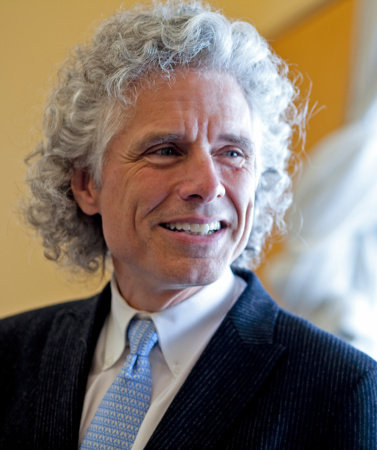 Steven Pinker is the Harvard College Professor of Psychology at Harvard University. A two-time Pulitzer Prize finalist and the winner of many awards for his research, teaching, and books, he has been named one of Time's 100 Most Influential People and one of Foreign Policy's 100 Leading Global Thinkers. His books include The Stuff of Thought, The Better Angels of Our Nature, The Blank Slate, and The Sense of Style. 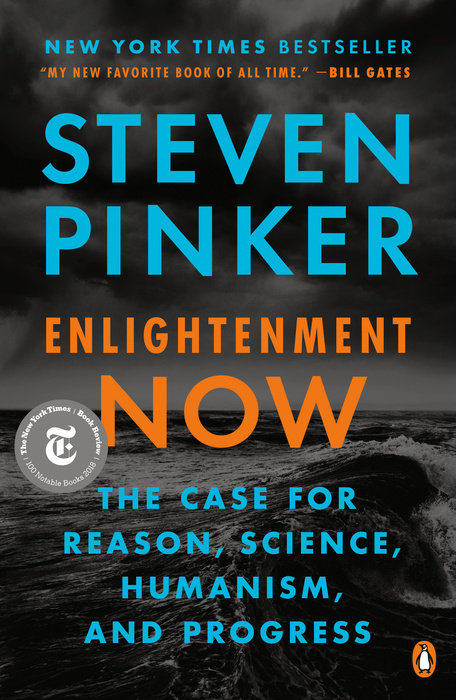 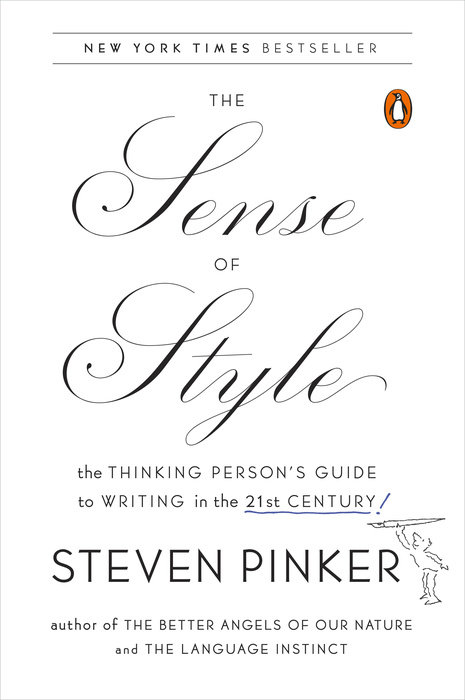 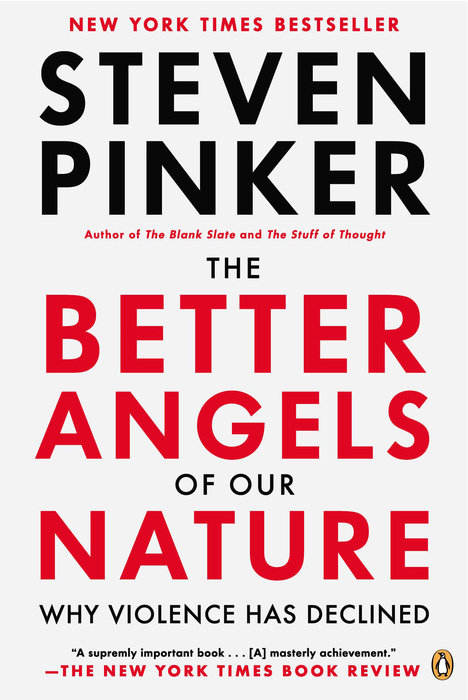 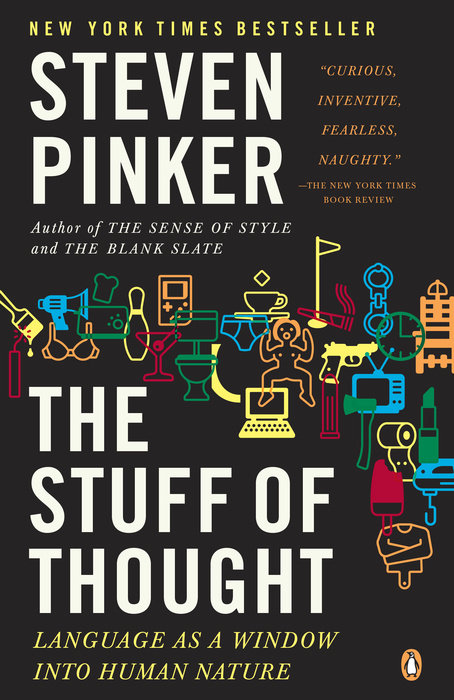 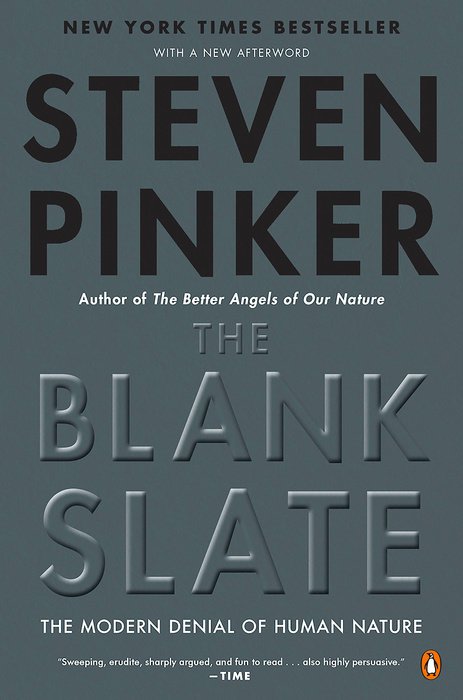 Steven Pinker's The Blank Slate exposes the nature nurture debate and examines the very foundation of human identity. Pinker argues that intellectuals have ignored what we are when talking about who we are, denying what is at the very heart of our being—our innate human nature. In an exclusive interview, Steven Pinker talks candidly about Chomsky's profound influence on his work, challenges comparisons between himself and Freud, and reveals his top five films.

How much of an influence was Chomsky on you? What does he think of your recent work? Does The Blank Slate represent a willingness on your part to enter into more political areas of debate?

I never studied with Chomsky, though I did attend lectures by him when I was in graduate school down the river at Harvard. We are colleagues at MIT, though in different departments. We both study language, though using the tools and standards of different fields (I am a psychologist, he is a linguist). Intellectually, Chomsky influenced me in at least two profound ways: his treatment of language as a product of mental computation rather than as a free-standing cultural system, and his focus on the innate endowment of the child that makes language acquisition possible.

We differ in important ways as well. I believe that language, and human nature in general, should be understood in a Darwinian framework, whereas Chomsky does not believe that evolutionary biology provides much if any insight. As such our conceptions of human nature—and perhaps, as a result, our politics—differ. Chomsky has a more romantic, young-Marxian view of human nature as being dominated by innate impulses toward creativity, cooperation, and social solidarity, which ties into his 'libertarian socialist' and 'anarcho-syndicalist' politics. I take a more jaundiced view of human nature, which is more compatible with a classical liberal sympathy toward
conventional democracy and market economies.

Do you think The Blank Slate will be more controversial to American readers where evolutionary theory has perhaps been slower to permeate popular thinking? How long will it take our intellectual communities to weed out the fallacies of the noble savage, the ghost in the machine and the blank slate from their thinking?

Yes, I think that the traditional American antipathy to evolution, partly influenced by the fundamentalist religious right, will make the book more controversial in the US than in the UK. Another reason is the greater American sensitivity to issues surrounding race, which makes any kind of innatism seem to veer too close for comfort to hypotheses about innate racial differences. As to how long it will take for the fallacies to be weeded out—well, as the Yogi Berra said, 'predictions are difficult, especially about the future.'

Yes, I am confident. The comparison with Freud is just wrong. First, evolutionary psychology is grounded in well-established principles of evolutionary biology and cognitive science, whereas psychoanalysis was grounded in Lamarckism, nineteenth-century hydraulic models of the mind, and Freud's idiosyncratic beliefs. Second, the hypotheses from evolutionary psychology are testable and routinely tested, whereas Freud's were notoriously unfalsifiable. When Freud predicted that little boys have an
unconscious desire to have sex with their mothers, you had to take it or leave it. In contrast, when Donald Symons predicted that geometrically average faces should be more sexually attractive, evolutionary psychologists got out their computers, generated morphed faces, showed them to people, and measured their judgments of how attractive they were.

You have said that 'a gene for x' is just shorthand for 'in comparison with it's alternative allele, averaged over the environments it appears in, robabalistically leads to more behavior x, being solicitous in to one's children.' How important is it that science makes itself properly understood to the wider public? Are there any limits in your opinion to the extent to which science can be ethically prescriptive rather than empirically descriptive?

Actually, I never said that—what I said was that 'a gene for x' is 'a gene that increases the probability of a behavior compared with alternative genes at that locus. And that probability is an average computed over the other genes that have accompanied it over evolutionary time, and over the environments that the organisms possessing the gene have lived in.' Now, a given gene may not have the same effect in all environments, nor the same effect in all genomes, but it has to have an average effect. That average is what natural selection selects (all things being equal), and that is all that the 'for' means in 'a gene for X.'

It is vitally important that science make itself properly understood to the wider public for two reasons. First, science is simply an understanding of the world (including us), and it's always better to understand things than to be ignorant or confused about them. Second, science confronts us with challenges to our belief systems, and with new technologies, and we have to understand these innovations in order to deal wisely with them.

A major theme of The Blank Slate is that science, by itself, cannot be ethically prescriptive at all—it can only be empirically descriptive. Ethical judgments require both scientific facts and human values, which cannot be dictated by science (though they can be informed by it).

In what ways have you answered Jerry Fodor's criticisms of  How The Mind Works, more specifically; 1) Massive modularity—whether the mind is modular to the extent you suggest, and moreover, how do you account for the overall integration of information. Rose has pointed out that both yourself and Dawkins claim to be able to act morally, independently of genetic impulses. What implements the logic of morality that you refer to? 2) The methodology of reverse engineering. Doesn't the function of the system you are trying to reverse engineer need to be known? Isn't the function of the mind missing from our account? 3) Are there not alternative explanations for the evolution of the complexity of the mind?

Fodor misunderstood How the Mind Works. He thought I was positing 'mental modules' in his own narrow and idiosyncratic sense of discrete, informationally encapsulated processing systems—like computer chips with a few pins for input and output. In fact I was positing only that the mind is a complex system with specialized parts, much like the body. The blood, the lymphatic system, and the skin are specialized organs, but they are not encapsulated in little boxes; they interact with other body parts in complex ways. So it is with mental subsystems like language, intuitive physics, intuitive psychology, and other specializations—they are not 'modules' in Fodor's sense, but I never found that sense useful to start with.

Rose is even more confused. My point was not that some mysterious 'I' can overcome the biological impulse to reproduce my genes. My point was that there is no biological impulse to reproduce one's genes to begin with. It is sometimes useful to think of evolutionary processes by thinking of the genes as having the 'metaphorical' goal of making copies of themselves. People like Rose misunderstand that as implying that people have the 'real' goal of making copies of their genes. With the exception of a few kooks like the American fertility doctor that secretly impregnated his patients with his own semen, no one has that goal. People's genes give them a brain that makes them love sex and love their children, and that's how the genes make copies of themselves. More accurately, 'made' copies of themselves, because in an evolutionarily novel environment in which sex no longer leads to children, people's goals and gene replication no longer go together. As for the logic of morality, it is implemented the way that other human aptitudes and inclinations are implemented—the genes structure the growing brain in certain ways, which then processes information from the environment in certain ways.

Regarding reverse-engineering. In How the Mind Works, I was completely explicit about the function of the mind. Its ultimate (evolutionary) function, like the function of all biological adaptations, is to make copies of the genes that shaped it. But remember that the 'ultimate function' of an organ is not the same as the way it works (in the case of the brain, the goals it gives us). The brain fulfills its evolutionary function by pursuing the goals of safety, know-how, cooperation, mating, allies, child-rearing, and a few others. Yes, we have to study humans to discover some of these functions rather than deducing them all from the armchair, but that doesn't make the science circular, because one doesn't invent a new function for each behavior; rather, a vast range of behavior can be predicted from a small list of functions.

No, there are no scientifically viable alternative explanations for the complexity of the mind. Creationism is false. Social constructionism is incoherent without some notion of the innate structures of the mind that make social construction possible in the first place. 'Complexity theory,' according to its proponents, can at best complement the theory of natural selection; it cannot replace it.

What will your next work be focusing on?

My next book project is to edit the collection "Best Science and Nature Writing 2003." But most of my writing over the next few years will be write-ups for journals of my research on language—in particular, how children learn, and how the brain handles, regular and irregular verbs.

What are your five favorite books of all time?

What are your five favourite albums of all time?
Oh, no! Let's see, how about ...

And your three favourite films?

I'm going to sneak in five:

Enemies: A Love Story
The Godfather I and II
A tie: North by Northwest and Rear Window.

Mozart or Beethoven? Beethoven
Burger or caviar? Burger
Summer or Spring? Summer
The Beatles or The Stones? The Beatles
Wine or beer? Beer
Sean Connery or Steve McQueen? Sean Connery
Opera or musical? Musical
Tea or coca-cola? Tea (I'm Canadian)
The past or the future? The future
Snow or sand? Sand (I had enough snow growing up in Montreal)
Lecture or seminar? Lecture